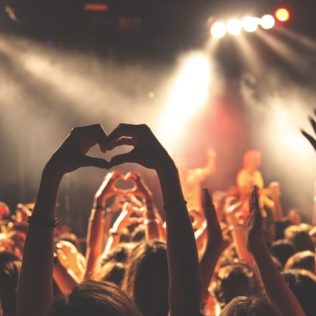 Whats on in Auckland this March

The weather is still warm here in Auckland as summer continues. This month we have some huge events to keep the whole family happy, so we’ve rounded up the best concerts, shows and festivals on this March, there has been a bit of a reshuffle after the latest alert level change. Don’t forget that you can book your Auckland car rental online in advance and save.

The America’s cup match will be held here in Auckland, where the defender Team New Zealand will be up against the Italians Luna Rossa who won the Challenger Selection Series in February. Our economy rental cars are perfect for zipping around the city and fitting into those small carparks.

What: The America’s Cup

Sol3 Mio are an operatic pop vocal trio from Auckland, New Zealand. Comprised of Samoan-descended brother’s Pene and Amitai Pati – both tenors – and their baritone cousin Moses Mackay, the group fuses classical, opera, and pop music with a playful wit and frequent nods to their Samoan heritage.

Join in for the last race after an incredible summer of racing. Join the crowds to cheer on racing’s athletes as they race for the Auckland Cup and their place in the history books. There will be penty of entertainment, fashion and fun for the kids. Add to this good people, chic marquees, delicious food and the hunt for a winner and you’ve got an event like nothing else.

Iconic band Crowded House will be in Auckland on their “To the Island” tour. The band have also just released new music for the first time in more than a decade with the debut of the single “Whatever You Want”. The tour and new music feature founding members Neil Finn and Nick Seymour along with producer and keyboardist Mitchell Froom, guitarist and singer Liam Finn and drummer Elroy Finn.

The Lexus Urban Polo is back again this year, it’s the only polo event in the heart of the city providing an epic day of sport, music, fashion and food. Gates open at midday, with Polo and music till 8PM. Aside from watching the polo, you can stomp the divots, try polo for yourself with our sideline hitting game, meet the polo players, check out the DJ’s on the main stage, grab a bite to eat or a refreshing drink or grab an insta worthy snap at our photo wall.

Don’t miss L.A.B’s biggest show to date performing at the iconic Mt Smart Stadium. They will be joined by some of New Zealand’s finest musicians including Mako Road, Ladi6, Ria Hall and The Leers. This will be the only chance for the upper North Island to see them perform their two hour set and songs from all three of their albums plus some new material.

Get the kids ready to wiggle! The Wiggles are coming to perform in March, this show will see Emma, Lachy, Simon and Anthony singing and dancing their way around New Zealand with all their Wiggly Friends; Captain Feathersword, Dorothy the Dinosaur, Wags the Dog, Henry the Octopus and their newest Wiggly Friend; Shirley Shawn the Unicorn!