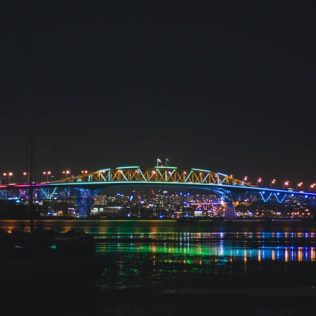 Whats on in Auckland this June

In Auckland we are lucky to have rather mild winters with average temperatures of 11-15 degrees celcius in June, and about 12 days of rain during the month. This month there are some amazing shows and sport on around the city with some events carrying on into July, find out whats on in Auckland this June below. We have also started our latest promo of take 10% off when you book your rental car for 3 days or more, available on all cars until 30th June 2021 using the promo code JUN10.

The Pink Floyd Experience return with a show that features both of these iconic albums in their entirety. The first half kicks off with 1977’s Animals, with psychedelic instrumental moments and soaring guitar solos. The second half features The Wall as you have never heard it before – an emotionally charged dramatic presentation that will blow your mind. These two great albums performed by this group of ten passionate musicians and a highly skilled technical team is delivered as a breathtaking sound and visual experience that has to be experienced to be believed.

What: The Pink Floyd Experience

Support the Auckland Blues as they take on the Western Force in Super Rugby Trans-Tasman.

What: Auckland Blues vs Western Force

Drax Project has grown into one of the most watched groups to come out of New Zealand. They have won the crowd over at every single one of their recent performances. The band are exceptional players whose hooky songs and sonic sounds transfix any audience, and have recently released their latest track “Over it”. Mitch James is back with his new single “Be somebody” after performing multiple headline tours of New-Zealand, winning Best NZ Act at the MTV Europe Music Awards and opening for Ed Sheeran and SIX60.

What: Drax Project and Mitch James

Celebrate the rising of the Matariki star cluster which heralds the start of the Maori New Year with events and activities taking place around Auckland’s waterfront from Silo Park to Spark Arena. There will be plenty to see and do at Wynyard Quarter, Takutai Square, Commercial Bay and Te Tōangaroa to mark this special time of year

Join in for a winter feast of cabaret, where furiously talented misfits enliven hidden rooms in a celebration of the underground cabaret world. Powerhouse musical talents gracefully sweep the main stage. The silvery cinema screen fires up. High tea is served. Cocktails are poured. The secret late-night club roars.

Paul Ego, Ben Hurley, Justine Smith and Brendhan Lovegrove join forces to bring what promises to be the comedy highlight of 2021. Four of the very best comedians in NZ performing in a power-packed show – live for two nights only at SkyCity Theatre.

What: The Great Comedy Heist

Celebrate the legacy of Queen and Freddie Mercury. Showtime Australia proudly introduces Dominic Warren performing lead vocals, guitar and piano live on stage in Freddie’s original key, and with all the wit, charm and bravado of the legend himself. Australian Richard Baker takes on the famous guitar riffs of Brian May, Michael Dickens conjures Roger Taylor on drums and Andre van der Merwe is John Deacon on bass guitar. Get ready for a night of non-stop Rock anthems including We Will Rock You, We Are the Champions, Radio GaGa, I Want to Break Free, Somebody to Love, Don’t Stop Me Now, Another One Bites the Dust, A Kind of Magic, Bohemian Rhapsody and so many more.

What: Queen: It’s a Kinda Magic

See Disney’s The Lion King live on stage for a strictly limited season on Thursday, 24th June 2021 at Spark Arena in Auckland, in a specially designed theatre-mode layout.  This world-class production experience will be the only be in Auckland! See the array of colours, costumes and larger than life characters come to life on stage, along with the music of Sir Elton John and Tim Rice. Perfect for all ages!

What: The Lion King

Photo by Caleb Shong on Unsplash