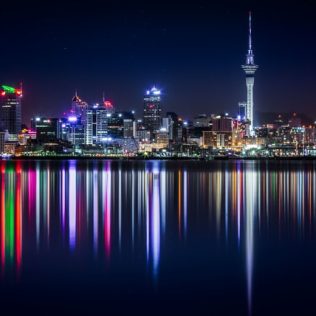 Whats on in Auckland this August

It’s still cold and wet here in Auckland at this time of year, but luckily there is still some great events on around the city in August to keep you entertained whether you are travelling as a couple, friends or family. Book your Shore Rentals car rental online and save.

How to train your dragon (APO)

How to Train Your Dragon is a story about a young Viking named Hiccup, who befriends one of his deadliest foes – a ferocious dragon he calls Toothless. Together, these unlikely heroes must fight against all odds to save both their worlds. Experience the film in HD, with it’s Oscar nominated score performed live in synch with the movie from the Auckland Philharmonia Orchestra. Great for all ages!

What: How to train your dragon

The ANZ Premiership Grand Final is part of the competition’s Finals Series which sees the second and third placed teams at the end of the regular season face off in the Elimination Final, with the winner meeting the minor premiers in the Netball Grand Final.

Indie-rock four-piece MAKO ROAD have just released their surefire biggest hit yet Don’t Keep Me Waiting and to celebrate the band have just announced a national New Zealand tour!

The Firebird with Paquita

The Firebird is newest work from the Royal New Zealand Ballet byChoreographer in Residence Loughlan Prior. The Firebird has been reimagined for a different time, in which the natural world is threatened and humanity is staring into the abyss of extinction. Captured, the Firebird offers the possibility of redemption, if only humankind are brave enough to follow her path. The Firebird is paired with Paquita, a dazzling romp through highlights of the 19th century Russian classic. The dancers’ classical technique will take centre stage, with sparkling tutus, fleet footwork, soaring leaps, turns like spinning tops and a finale to leave the audience breathless.

What: The Firebird with Paquita

K-festival 2021 is the largest Korean Kiwi community event in New Zealand. Come and taste the authentic South Korean flavours, learn about the South Korean culture and immerse yourself in the K-pop beats starring the hottest New Zealand artists and the Auckland Symphony Orchestra. Free entry to all exhibitions including the Awesome K-Concert – The World First Hybrid XR 360 degrees camera Live Streaming!

Growing year on year, the Auckland festival will be taking over both levels of the iconic waterfront venue, Shed 10, with an incredible lineup of fried chicken dishes from your favourite food trucks and local pop up restaurants! There will have live music, craft beer & wine bar, and plenty of fun activities to keep our foodie fans busy in-between meals.

It’s 1985. Hair is big, collars are up, and a Wedding Singer is the coolest guy in the room! Based on the smash-hit Hollywood film starring Adam Sandler and Drew Barrymore, comes a hilarious musical comedy that celebrates all the fun of the ‘80s. Following sold-out performances on Broadway, across the UK and Australia, this feel-good musical is an adrenaline-charged hit!

What: The Wedding Singer